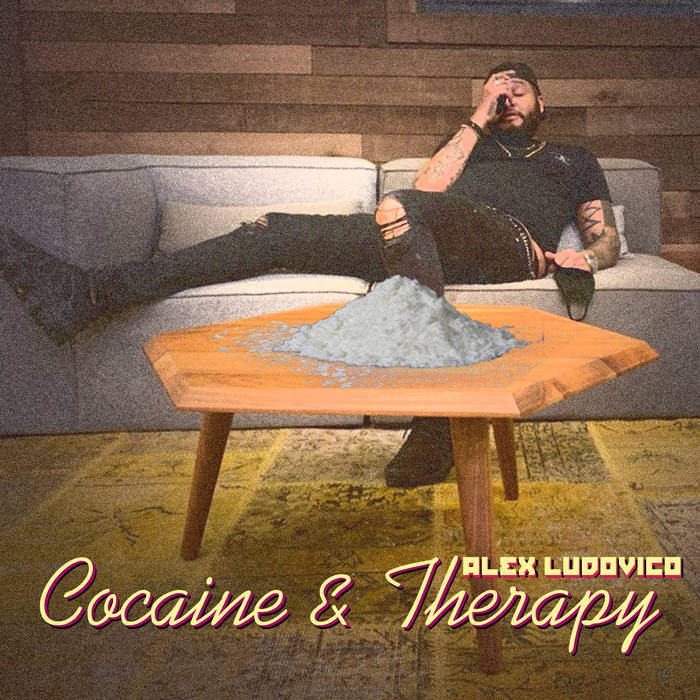 I've know Alex Ludovico for almost 15 years - the guy has crashed on my couch, ordered the biggest brunch in the entire city of Philly, and smashed every guest feature I've asked of him since beginningless time.

"Cocaine and Therapy" is an album I cobbled together from his hyper prolific run of singles in 2018-2019 called "Medicine Mondays". As a friend and fan, even I slipped up and lost track of these songs as they were dropping every.
single.
Monday.

Before his Insubordinate Records debut full length "YT BOI" coming this year, I did what I've loved to do since beginningless time - arrange an album based on outstanding material from a rapper I love.

Hence, "Cocaine and Therapy", a concept album that follows Alex through a specific phase in his life.

The album begins as the ultimate rapper rapping his ass off for you ("Consort", "Read the Paper"). Then it delves into his real rockstar lifestyle ("Sick Yo Duck", "Don't Wanna Be Alone", "Up All Night"). It culminates with the inevitable emptiness you discover when all the hookups, late nights, and conquests never actually fix what's wrong deep inside ("Then You Stopped", "Therapy Working"). It ends with a trip to therapy and receiving the best blessing of all - focusing your efforts on other people ("Be Kind Rewind", "Gone Head Girl").

"Cocaine and Therapy" is the rare completely solo rap album that is engrossing, entertaining, personal, and jampacked with beats you can blast in the whip. Think Danny Brown's "OLD" as one disc.

It's a fitting album for an artist that has always been a head of the curve and has never shied away from telling you the highs and lows of his experiences. Though I've only ever enjoyed therapy, I think you'll absolutely love this album and the breakthroughs Alex shares within.