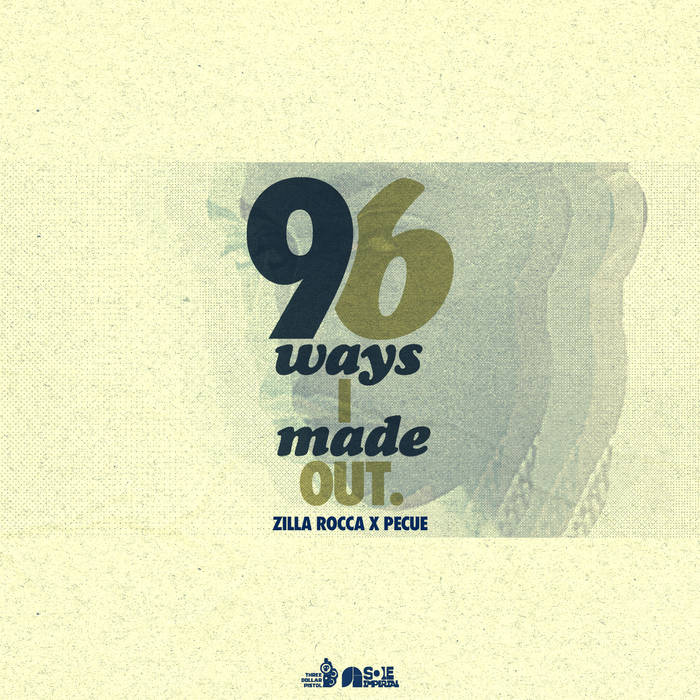 I can recall certain years in my life by what landmark rap albums hit at that time, and 1996 is one of those years. I don't think about what movies hit that year, who won the World Series, what the hot sneaker was on the streets, or who even was the president. It's "Hell on Earth", "It Was Written", "The Coming", "Ironman", "Stakes is High", "The Score". These are the first things I think of when that year is even mentioned near me.

Last year, I dropped my album "96 Mentality" and a few months later, my fellow Philly rap nostaljack Pecue dropped his instrumental/remix record "96 Native". We've been mad cool for years, but I didn't know he had a deep love affair for 1996 until his record dropped. So now we have "96 Ways I Made Out EP", where Pecue laced two of my songs ("Spy vs Spy" and "Live From the Driver's Seat") with beats from his record ("63rd St El Stop" and "Back on the Block").

The rest of this project includes 2 songs previously only available on the "96 Mentality" CD - Small Professor's remix of "Spy vs Spy" and the posse cut "Master Key" feat s.HaBiB, Wally Clark, and ALASKA.

And finally, I got Blockhead to come through to remix "Spy vs Spy" after hearing how incredible Vic Spencer sounded on his beats from his album "Free Sweatpants".

Mixed and Mastered by Zilla Rocca at The International Dart Parlour. Philadelphia, PA
Except "Live From the Driver's Seat (Pecue Morey's Pier Remix)" mixed and mastered by Pecue.