by Zilla Rocca & The Shadowboxers 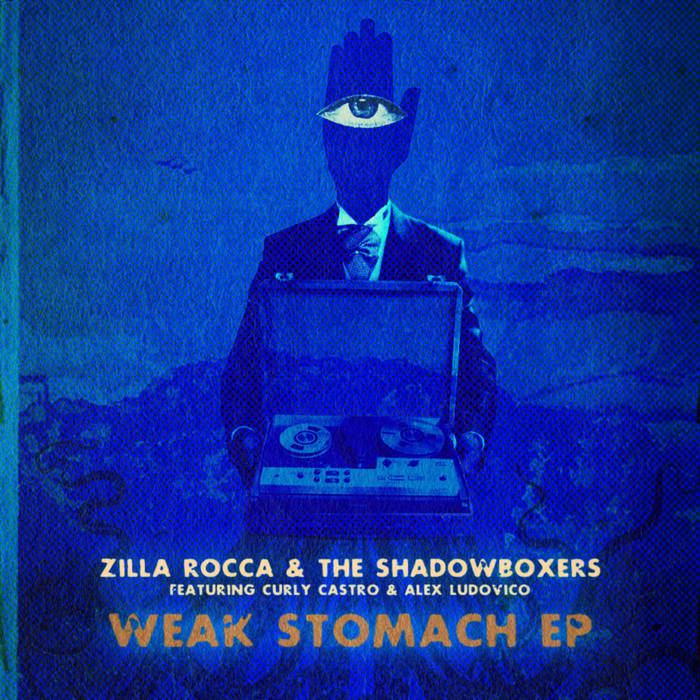 Three years under the curtain. Dust on the trench coat. Stomach empty. Diner windows daring you to come in and eat. After hours spots whispered in a bottle, hummed under dimly lit corners where the tables are empty. In Philadelphia, where there are no limits, no rules. Anything can go on.

This is the world of Zilla Rocca & The Shadowboxers. This is Noir Hop. This is Weak Stomach EP.

Compiling legitimate liquor from previous Shadowboxers juke joints and Alex Ludovico's Winning/Losing plus new cuts like a Beatles cover ("Maxwell's Silver Hammer), a posse cut in honor of Walter White ("We Got Fangs This Year"), an ode to NYC blade runners ("Blood on Blood Converse), and crippled romance molded around a stark Elliot Smith lineage ("Stay Clean Remix"), Weak Stomach EP is a real sharp shooter, a precursor for the forthcoming LP No Vacation For Murder (which features Roc Marciano, The Kid Daytona, Geechie Suede, Open Mike Eagle, and more).

Welcome back to Zilla Rocca & The Shadowboxers' brand of gunshot jazz. And don't speak to the weak of heart. Don't eat on a weak stomach -- play your part.