Bring Me the Head of Zilla Rocca 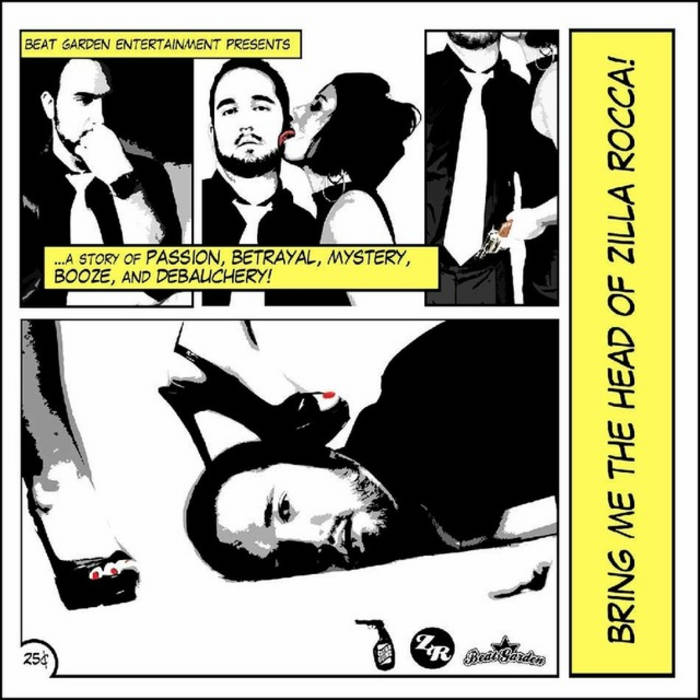 Zilla Rocca's debut project, the 2008 mixtape "Bring Me the Head of Zilla Rocca," was crafted in the vein of Redman’s "Whut: Thee Album," The Beastie Boy’s "Paul Boutique," and Ghostface’s "The Pretty Toney Album." Before he threw back a shot of brown magic and threw on the holster in 5 O'Clock Shadowboxers, this "mixtape", based on the Warren Oatest 70's snuff flick "Bring the Head of Alfredo Garcia" was the beginning of the noir spin that would later earmark his recordings.

"Even if 2008 wasn’t one of the more miserable years for hip hop in recent memory, this would still be one of the best things I’ve heard all year. Take notes, aspiring MCs, as Bring Me the Head is exactly how a mixtape should be constructed: superb beat selection, impeccable pacing, solid guest spots that are kept to a minimum, and Zilla’s pen remains as sharp as ever. It’s a rare occurrence indeed when I’m left wanting more after 22 tracks in 67 minutes. Any critic will have reservations about plugging their friends’ music fairly in a public setting such as this, but honestly, when the material is this good, those qualms all but dissipate entirely."--FloodwatchMusic.com

"A throwdown between Doom and J-Zone"--BangTheBox.net

"Bring Me the Head of Zilla Rocca succeeds...It’s a combination of everything that you liked about hip-hop when you were growing up"--Passion of the Weiss

All songs written and produced by Zilla Rocca (S. Zales) for Three Dollar Pistol Music (ASCAP) except where noted